I was tagged a couple... whoa... a month ago by @singlemomma_cc aka Not Your Average Single Momma aka total knock your socks off rock star mom. How freaking awesome!
{slides across kitchen in her knee socks} 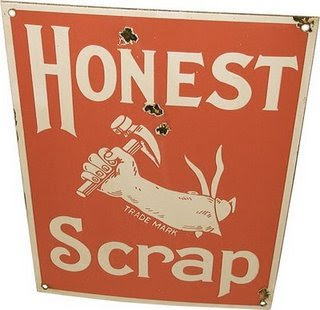 1. I never leave my house without my journal and my camera. Life throws the most random things at us and I know someday I’m not going to remember as much as I want, but this way, I’ll have pictures and little scraps of paper to remind me of the things that made me laugh and cry.

2. From the time I was about 10 years old, I’ve always pictured my life the same way… me and a little girl, walking hand in hand through a big city. Until September 15, 2006 I just assumed it was a metaphor.

3. When life has handed me more than I care to deal with, I put my headphones on and sit in my bathtub, curtain closed… without any water. Growing up, I shared a room with my sister and that was really the only place I had privacy.

4. I was married at 17. We were officially divorced almost 9 years later. He knows me better than most people I interact with daily, better than my family and any man I’ve been with since. He knows the darkness I fought to overcome. He’s stronger than he realizes. He’s the father of my daughter and someone I still consider a friend, even though we still drive each other absolutely insane.

5. I was curiously quiet when I was younger. I wouldn’t leave my house by myself and had very few friends. I spent my childhood observing people and am now unusually perceptive.

6. I was raised by my step parents. My real mother began playing an active role in my life when I was 22. I met my real father for the first time when I was 25. I am the oldest of 9 siblings; half, step and adopted.

7. I grew up on a 25 acre goat farm in Idaho. I was in 4-H and won 2 first place ribbons for my LaMancha goat named Butterfinger.

8. I’ve shot a moose, 2 deer, a rabbit and a handful of birds, but I refuse to put a worm on the fish hook.

9. My first crush ever was on my best friend. She lived on the corner, three houses down. Popular girl. Head cheerleader. She made me feel invincible. 15 years later, I find I have an unnatural attraction to computer geeks.

10. I use humor to deflect, music to express and Twitter to distract.

*Bonus. I want to open a Bed & Breakfast in Northern Washington, grow lavender and have my own textile and furniture design company.

So, tag you’re it.
#assslap

Very intersting stuff here. And I was so surprised to see my name! I've alredy done mine and you can read it here:

Thats really wild about your preminition about you and your daughter.

The lavender festival just happened up north (and the lavender lemonade is to die for). Hope you get to be a part of it someday.

Yeah, Mindy Mom.. I'm a little behind. LOL What can I say? I loved your 10 Honest Things though. Sometimes, I can't help but feel like you're in my head. ;)

Martini Mom, I've never heard of the Lavender Fest.. sounds so great though! Can't wait to read your 10 Honest Things! I'm biting my nails in anticipation... :)

Holy crap. I FINALLY posted my response. Honest thing #11 should be that I'm ALWAYS LATE!!

This is very enlightening Ms. Spencer. I knew some of this, but the B&B, I would have never pegged you for. And that premonition about you and Addi? That's just wacky. I think you're more connected to the universe than you realize :)

Thanks for sharing, you inspire me all the time and I love you for it!

musings from what's left of this single momma's mind. 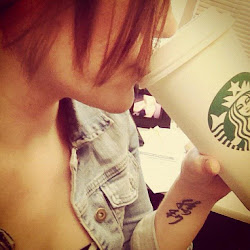